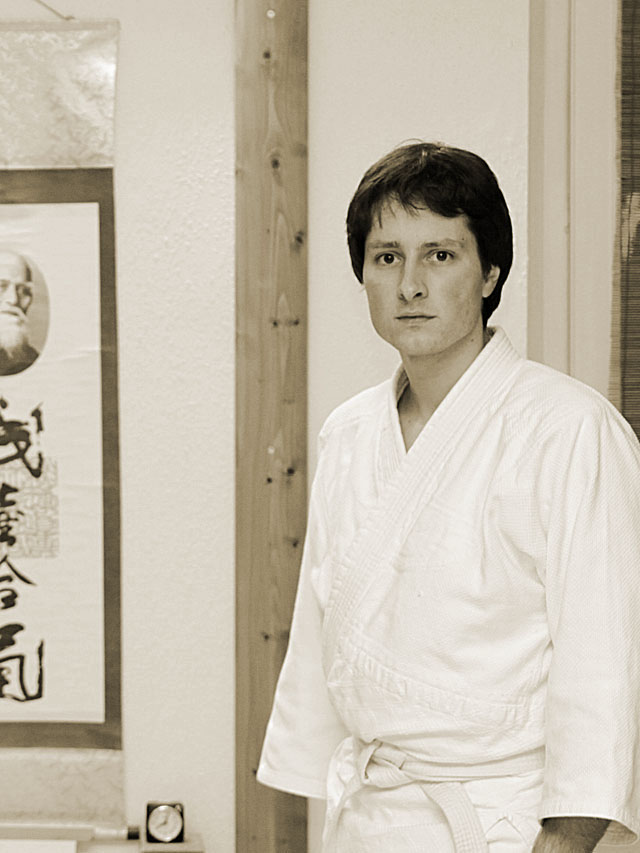 I had my first contact with Aikido during my time at school through a good friend who trained in Stiftlandaikido. I was more or less of a voluntary Uke in school at the time. After that, the topic of Aikido was off the table.

Aikido Group at the University of Regensburg

During my studies at the University of Regensburg in 2005, I came across the University’s Aikido sports group. It seemed a bit strange to me, but I was more interested in it than karate, judo or kung fu (yes, they had that too).

My first and undoubtedly also my most influential sensei was Franz Bösl (3rd Dan Aikikai Honbu Dojo, 2nd Dan Shinkiryu Aikibudo, 1st dan Daitoryu Aiki Jujutsu Bokuyokan). Even though the aikido group was very much inspired by Aikikai Germany, Franz also showed us other aspects and techniques which, for example, went in the direction of the old Daitoryo or showed connections to Tai Chi or Qi Gong. Through Franz Sensei, the connection to Christian Sensei in my hometown Marktredwitz came about.

At the university, the style of Asai Shihan of Aikikai Germany was taught. I would especially like to thank my two senseis Manfred Röhrl and Rainer Albers (both 2. Dan Aikikai). I also enjoyed training with my Sempai Helgi Diehl who also preferred the, then unknown, style of Takemusu Aikido.

After my studies ended, I began looking for an Aikido group at home and came across Christian and Takemusu Aikido with the help of Franz Bösl.

This Aikido was impressive, challenging, and beautiful at the same time. In addition to the training in the Dojo, the many seminar visits with Paolo Corallini Sensei were very educational. However, the most beautiful and impressive “excursion” in 2007 was the seminar in Paolo Sensei’s hometown with Isoyama Shihan.

Despite some longer training breaks due to work and a growing family, I try to stay loyal to my Dojo and Sensei.

I would like to thank my teacher and Sensei Christian, as well as my other senpais and my senseis of Masakatsu Agatsu Ishin Denshin Dojos for the countless instructive training I was privileged to receive.