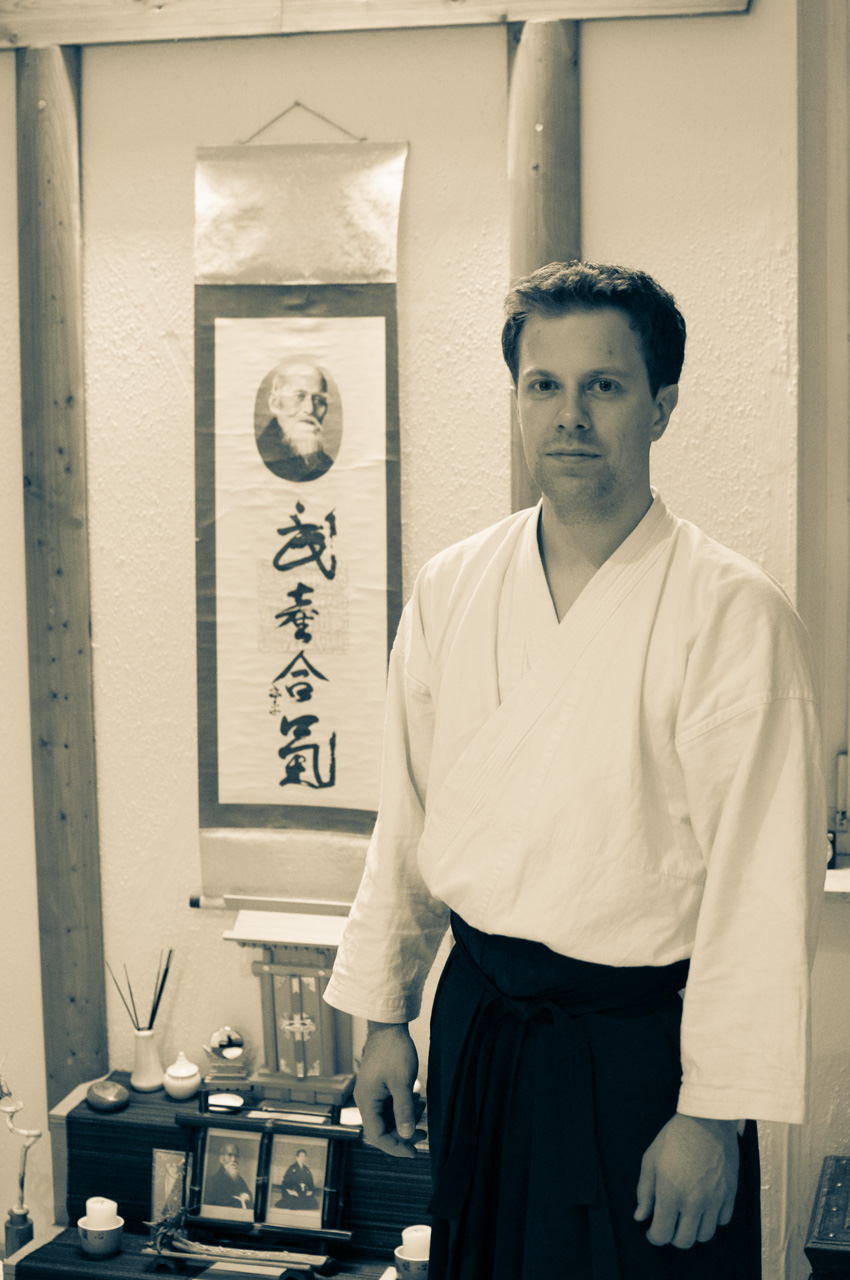 Surely, I am not the only one who was fascinated by martial arts films…But at some point, the interest in practicing a martial art and train with like-minded people grew in me. So finally, I decided to attend the Judo Training under Karl-Heinz Zehn at the Judo Club Marktredwitz. After some time, I left the group and the ways of martial art. My interest was rekindled in the gym by a picture of an aikido group training. However, I decided against aikido training in the gym because I couldn’t imagine a traditional martial arts training there. It took some time until my interest in martial arts was reawakened. After browsing the internet and some emails with nice martial arts coaches I attended a training of the Masakatsu Agatsu Ishin Denshin Dojo in Marktredwitz.

My Path of Aiki in Masakatsu Agatsu Ishin Denshin Dojo

My most memorable experience was the beginner training by Bernd Lindner (1st Dan Aikikai), where I only acted as a spectator during my first visit. If I hadn’t been welcomed with such warmth, it would have just been a one-time visit. This warmth continued in the first training sessions under Sensei Christian Büttner (4th Dan Aikikai).

During my time at the Dojo, I met many interesting people and was able to develop deep friendships. I would like to take this opportunity to thank: Sensei Christian, Sempai Bernd, Sempai Dominik, and Fabian.

After some years of training, I was very happy when Christian Sensei handed over the children’s training as well as the beginner’s training of the adults. In this period of teaching, I learned a lot too because I was required to pass on everything correctly. I am still happy when I meet children or adults again that I was privileged to teach the first 3 basic terms of aikido to.

Another profound experience was when I led a beginner training for adults and our “youngsters” (Andreas, Daniel, Patrick) popped into the dojo. I am really happy that I was able to pass on to you the warmth Bernd showed me in my first contact with the dojo (Nikkyo ura J).

When I moved to Nuremberg in October 2009, I had to look for a new dojo. Fortunately, we had already met teachers from different cities/countries through the many seminars, so the search for a new dojo was very short… After a very friendly phone call with Frank Pott Sensei (4th Dan Aikikai), I attended my first training at TSV Zirndorf.

At this point, I would like to thank you for the warmth I received here. I have found a very nice group here, where I really enjoy training.

Kaizen-Aikido as I See It

I have long deliberated whether I should write down my feeling of Aikido since it is constantly changing, but I have found a nice idea as an introduction. Kaizen certainly has nothing to do with Aikido, but the longer you are on the path of Aiki, you begin to realize there is no beginning or end. The fact that there is no clear beginning doesn’t make it particularly easy for many beginners until one “feels comfortable” in the execution of a technique for the first time. The fact that there is no clear end often brings you down, because you can always find something about yourself that you don’t like. This makes it all the more important to me to learn a solid basis of aikido and to train and pass on the basics as Morihiro Saito catalogued them. If these basics had not existed, I would have certainly thrown the towel in after a few weeks. For myself, it was always very important from the beginning to understand why a mechanism works, this is particularly important.

I would like to take this opportunity to thank my companions. Many, many thanks to Christian Sensei and Bernd Sempai who brought me on the way of Aikido and showed me the love for exercise and Aikido. Thanks to the entire Masakatsu Agatsu Ishin Denshin Dojo, the countless seminars were great!